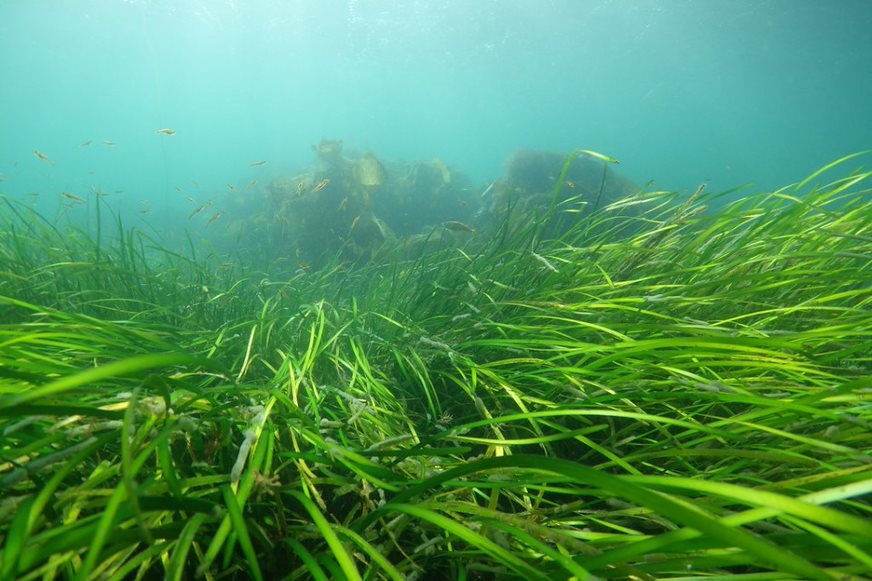 The island of Ireland is well known for its green lands; meadows ripe for livestock and hedgerows thick with life. The emerald isle, even. But the flora of our coasts goes largely unnoticed – a rich mat of greenery that covers the fringes of the land.

Seaweeds are relatively familiar, suspended on the tide or listless on the rocks. We know them best as slimy tanglers of feet, food and fertiliser. But lesser-known are the seagrasses. These species are distinct from seaweed, embedded by a system of roots rather than gripping rock as the seaweeds do. Knowledge of them is fragmented, but growing thanks to the work of citizen scientists across the island.

There are two common species of seagrass on our coasts: Zostera marina and Zostera noltii. Known most commonly as eelgrass and dwarf eelgrass, they are both characterized by green blades and seasonal flowers. They support a diversity of marine life as a source of food and shelter, often fulfilling the role of nursery for juvenile fish.

This means they have a wider societal benefit by indirectly supporting local livelihoods through fishing. They are also important mitigators of climate change, absorbing carbon dioxide and producing oxygen through photosynthesis. In fact, seagrasses absorb carbon at a rate 35 times greater than that of tropical rainforests, storing it in a tangle of roots deeply planted in the seabed.

In the Republic of Ireland, the government’s climate action plan calls for the recognition of the sea’s potential in mitigating and adapting to climate change. We might think of this potential as being in tidal or wave generated electricity, but seagrasses and other coastal ecosystems have a key part in providing nature-based solutions to the climate crisis.

Seagrasses are part of the foundation of our coastal ecology, but they are threatened by competition from invasive species, physical damage from coastal development, and overgrowth from seaweeds fed by nutrients from sewage and terrestrial fertilizers. In order to tackle these challenges, citizens across the island are arming themselves with the skills and knowledge to better understand seagrasses and the ways they can be protected.

The realm of science is often inaccessible, but citizen science attempts to democratize knowledge and the way it is gathered. Coastwatch is an organization operating in both the Republic of Ireland and Northern Ireland to fill gaps in the knowledge of seagrass distribution and conservation status. Volunteers scour the shores for seagrass, recording possible sightings that are verified by Coastwatch experts. Expanding the base of knowledge in this way is something that could not be achieved by scientists alone. It is a method that incorporates local know-how and a wide network of informed observers.

Data gathered by Coastwatchers is being used to inform the wider public about the importance of seagrass ecosystems, and crucially to advise decision makers in local authorities and government bodies. Similarly, Seasearch Ireland are a group of volunteers SCUBA divers, gathering data beyond the limit of typical citizen science. Fishermen have also been getting involved, informing Coastwatch of seagrass meadows that have vanished from our shores. In Lough Swilly, fishers have identified patches of seagrass by name, working with scientists to track their decline.

As well as providing meaningful data for scientific studies, citizen scientists are setting a precedent for discussion in their communities by emphasizing the value of local ecosystems. This is important because communities are often best placed to take action on issues in their local area. Having a good basis of knowledge is a key step in a process towards protecting and restoring ecosystems.

Being able to communicate about marine issues in a meaningful way allows citizens to participate in responsible and informed decision making about the ocean and its resources. This is the aim of the Irish Ocean Literacy Network, an organization working in both jurisdictions of the island. The network hopes to develop an ocean literate society, which they describe as one made up of citizens who understand the oceans influence on themselves, and their influence on the ocean. Building on this reciprocity is perhaps a good way of approaching challenges that often have joint impacts on the sea and coastal communities.

These organizations operate at an all-island scale, but there are many smaller initiatives that can provide inspiration for communities that want to pioneer new projects in their local area. Love Your Lough is a community group working on both sides of the border on Carlingford Lough, and Save Ballyness Bay have recently been successful in halting new aquaculture industry in north Donegal.

Citizens may not be able to deliver high-level research that break barriers in science. But that is not what is necessarily needed when many of the widespread problems facing coastal ecosystems are already well-known. What citizens need is to be armed with existing knowledge so they can carry out specific work in their localities. Their efforts have the capacity to inform actions which directly benefit their communities and the coastal systems upon which our entire island, in some form or another, ultimately depends. 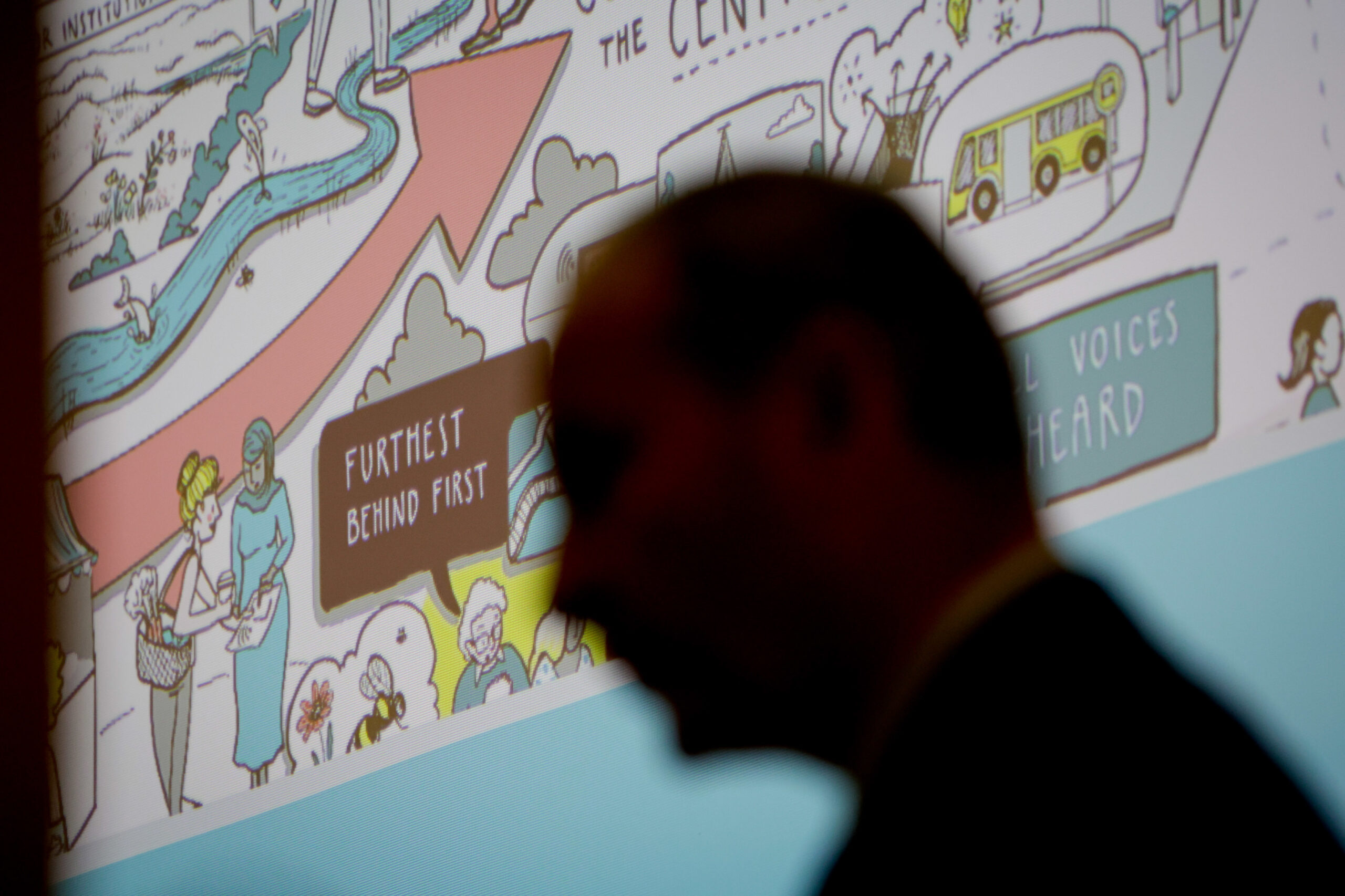 iCommunity: A Vision for Addressing Challenges on our Shared Island 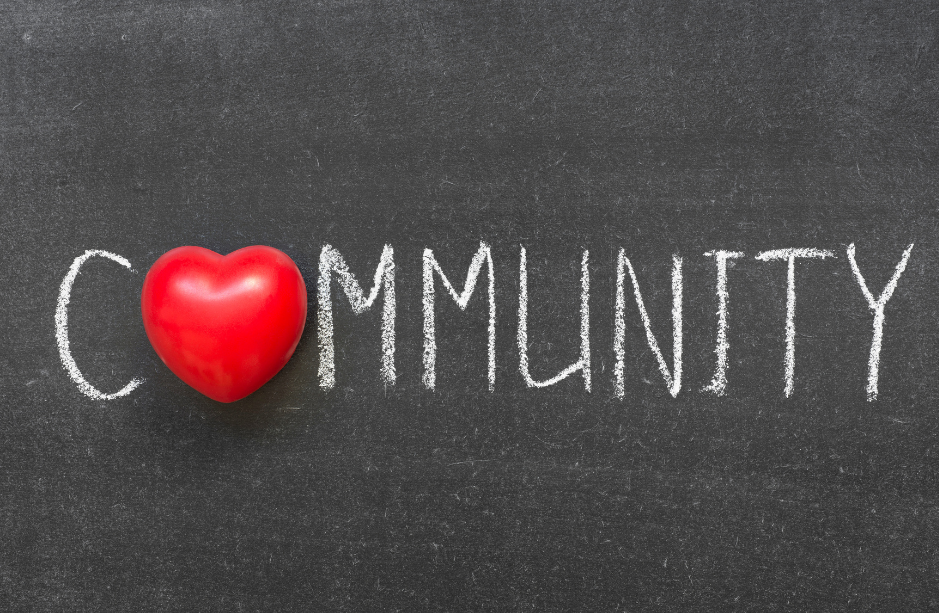 Why True Engagement is Vital for Success