The New Common Charter for Cooperation Within and Between These Islands

The New Common Charter for Cooperation Within and Between These Islands

This includes, but is not limited to, recognising the importance of:

Those civil society organisations that fed into the Charter believe that grass-roots community cooperation within and between these islands can usefully contribute to the following issues among others:

The project to create these agreed principles came about due to the generous support of the Joseph Rowntree Charitable Trust, the Department of Foreign Affairs’ Reconciliation Fund, and the Community Relations Council.  CCBS facilitated an action research project that resulted in the development of the New Common Charter for Cooperation Within and Between these Islands, representing grassroots support for collaborative and sustainable North-South and East-West relations.

The ‘Common Chapter’, from which the original idea came, was the replicated text in Ireland’s National Development Plan and Northern Ireland’s Structural Funds Plan (2000-2006), setting out the two Governments’ priorities for North-South cooperation and how EU funds would be used to support them. However, through this project CCBS worked with a range of civil society organisations between 2014 and 2019 from both sides of the Ireland-Northern Ireland border, as well as organisations in Great Britain, to produce the New Common Charter that voices the aspirations and needs of civil society and led to a vision of cooperation and what it should entail. The Charter continues to grow its supporter base and be utilised in 2022. A full list of the current supporters of the Charter is available below.

The process of creating the Charter included disseminating the draft New Common Charter to other community groups on the island of Ireland, as well as to other stakeholders, and gathered feedback on its contents.  The participating groups from Ireland and Northern Ireland then undertook a process of engagement with counterparts from England, Scotland and Wales. This stage concluded with an evaluation seminar, where representatives from all the groups worked on a final version of the New Common Charter.

The final stage involved representatives from the groups promoting the New Common Charter with policy and decision-makers on the island of Ireland and Great Britain.

In terms of lessons learned, this work resulted in informed and motivated community organisations on the island of Ireland and Great Britain being able to engage with policies and policy-makers on the value of cross-border cooperation and ensuring that it addresses the needs of civic society. While achieving political support for cross-border cooperation is an important goal, this project also was a step in helping to create the conditions at community level for independent engagement in cross-border initiatives. Most importantly, the Charter acts as an informal network of civic society groups committed to identifying cross-border opportunities to collaborate to solve shared problems or exploit common resources.

The principles of the New Common Charter continue to feed into work of the Ad Hoc Group for North-South and East-West Cooperation; a network of civil society groups from across the island of Ireland working on the front lines of cooperation, and which CCBS convenes. The Group was established as the prime contact point for purposes of meaningful consultation between cross-border civil society and regional, national and EU bodies on matters relevant to cooperation between Northern Ireland and Ireland, and between the island of Ireland and Great Britain.

While there have been a broad range of issues discussed with the relevant parties during the course of meetings, there have been largely constant themes raised by the Ad-Hoc Group:

Much of this work of the Ad Hoc Group to ensure that North-South and East-West collaborative relations between civic society organisations are protected and strengthened, is rooted in the principles of the New Common Charter.

During the creation of the New Common Charter civil society organisations in England, Scotland and Wales, found it instructive to discuss which of the priorities and perspectives overlapped and differed in different jurisdictions, each of which represents its own context for key themes of the Charter including rights, language, and culture. One of the challenges arising from this learning process, however, was unpacking concepts that may have been familiar to organisations on the island of Ireland, but understood or valued differently by those in Great Britain. Another challenge was dealing with Brexit, as the UK referendum on EU membership took place after the project was already more than a year underway. The key was to remind ourselves of the original purpose of what would become the New Common Charter: civil society’s recognition of the value of North-South and East-West cooperation. That value was there before Brexit, during Brexit, and above all after Brexit.

Alongside the Charter’s supporter organisations, we will continue to work on:

To learn more or to become a supporter of the Charter please email megan.mcdermott@qub.ac.uk

Supporters of the New Common Charter as of May 2022:

The full text of the New Common Charter as well as a live list of supporters can be accessed on the CCBS website here. 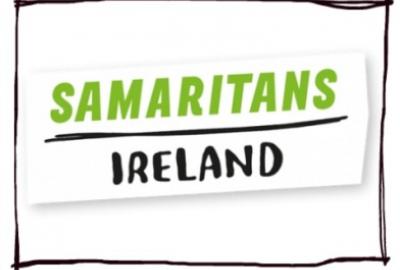